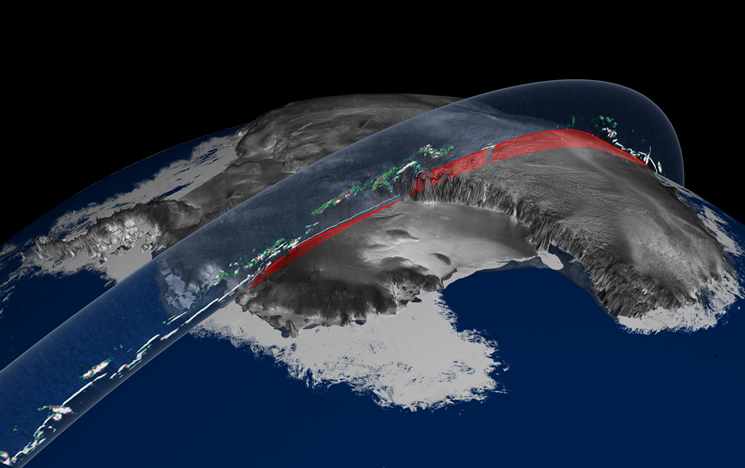 
The Ice, Cloud, and Land Elevation Satellite (ICESat) was successfully decommissioned from operations Saturday August 14, 2010, at approximately 17:37:00 Greenwich Meridian Time (GMT). As part of the final stage of mission decommissioning, the flight operations team passivated the spacecraft in compliance with NASA policy and regulations that seek to “minimize the creation of orbital debris by government and non-government operations in space in order to preserve the space environment for future generations.“ To passivate ICESat, the team sent and activated a series of commands previously stored in the on-board computer to remove all forms of stored energy from the spacecraft. The team verified successful passivation after confirming negative acquisition of signal by ground network tracking stations. Re-entry information will be issued by the NASA Orbital Debris Program Office from data provided by the United States Space Surveillance Network.

ICESat decommissioning and passivation activities started on June 23, 2010, with a series of sixteen controlled burns to lower the orbit and deplete all of the spacecraft’s residual propellant. On July 15, the propellant was fully depleted after the 15th burn. After completion of the orbit -lowering burns, NASA Headquarters approved a special study to collect data from the Global Positioning System (GPS) on board the spacecraft, as it started its natural orbit decay. Since July 15, the ICESat operations team has been retrieving, collecting and processing GPS data. Congratulations to the ICESat team for a successful seven years of operations.


NASA's Ice, Cloud, and land Elevation satellite (ICESat) ended its science mission in February 2010 with the failure of the last of its three lasers. In June, NASA's Science Mission Directorate approved a plan to lower the spacecraft's orbit so that it would re-enter the atmosphere by August-September 2010. A series of thruster burns on the spacecraft conducted June 23-July 14 slowly lowered ICESat's orbit, minimizing the time until it re-enters Earth's atmosphere and breaks up. Some pieces of the spacecraft, weighing collectively about 200 pounds, are expected to survive re-entry. The risk of harm coming to anyone on Earth from this debris is estimated to be very low. The U.S. Space Surveillance Network, operated by the Department of Defense, will closely monitor the orbit of this debris during its final days. NASA will issue periodic updates regarding the debris re-entry.